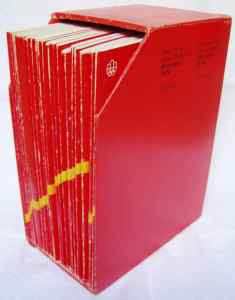 In view of the immense proportions the Olympic Games have assumed, their growing complexity, and the manifold economic and sociopolitical consequences for sport in general, future generations have to be provided with a detailed, illustrated report, in order to aid in their planning, organization, and production.

Indeed, an organizing committee is bound by the Olympic Rules to prepare such a report within two years of the end of the Games and to distribute it without charge to certain members of the Olympic family; but it remains free as regards content and presentation. In February, 1973 COJO appointed a member of its Communications Directorate to take charge of the preliminaries regarding the preparation of the report. His mandate was to determine the concept and content, and, assisted by a research staff, to gather together all the documents and photographs necessary for its compilation. For more than three years, the work of that team progressed: nearly 1,000 files were opened and kept up to date, and 650,000 transparencies were catalogued, 300,000 during the Games themselves. (The report now completed, those slides have been deposited in the Québec provincial archives.)

August to October, 1976 were spent in attempting to have senior COJO personnel complete the one hundred and twenty sectional reports which would provide the principal source material for the writing of the body of the report. A directorate with responsibility for both the official film and the official report was set up in November, 1976, and it continued to bring pressure to bear to obtain the sectional reports still lacking.

The COJO board of directors having set the end of December, 1977, as the deadline for the writing of the official report, the directorate established a simple, straightforward working plan to enable it to meet the deadline. The work was divided into two sections - writing and production - both under the director-general.

The first section comprised a score of employees: researchers, secretaries, writers, and translators. In view of the writing deadline, COJO tried to engage as many writers as possible from the ranks of its former staff. Others hired had a knowledge of the topics assigned to them, although they had not been on the COJO payroll. Facts were verified by submitting the texts to an editorial committee comprising past and present members of COJO's senior staff who made the necessary corrections. To head production, which would cover the period July, 1977, to June, 1978, COJO engaged a production manager-artistic director. In the latter capacity, he was already familiar with COJO's graphic standards, being president of the firm that produced the souvenir programs for the Games as well as the results books. He was responsible for soliciting the services of private companies for the typesetting, graphics and design, photolithography, printing and binding of the report. Most of the firms approached had already done some work for COJO.

At the beginning of 1977, COJO began an intensive enquiry into the distribution of the report. Marketing studies had already established that the demand for the report outside Olympic circles and the news media would be quite limited, not only because of the specialized content of the report but also because of the relatively high cost.

COJO decided to limit the press run to 3,000: 1,600 French and 1,400 English. A certain quantity was set aside for designated members of the Olympic family and government representatives. And the rest were sold in order of request to anyone who ordered them from COJO up to the end of June, 1978. Copies remaining after that date were deposited with the Canadian Olympic Association. Recommendations The preparation of the official report would be facilitated by the establishment of a photo library covering all facets of the organization of the Games. Unfortunately, the Montréal experience showed that too often there was the tendency to concentrate on the spectacular side of the Games (athletes in competition, VIPs, etc.) while neglecting the more modest but still essential elements required.

Similarly, construction plans should be classified in a central card index if long and laborious research is to be avoided in a situation where the bulk of the organizing committee staff is released two months after the Games. In addition, the official report team sometimes found it difficult to trace the continuity so necessary in Olympic files. It is, therefore, recommended that the organizing committee appoint someone in each of its main spheres of activity to be in charge of a day-to-day file covering the most important developments. The Games over, those so delegated would be able to write the various reports which constitute the basic documentation for the official report. This method would avoid the loss of considerable time and money.