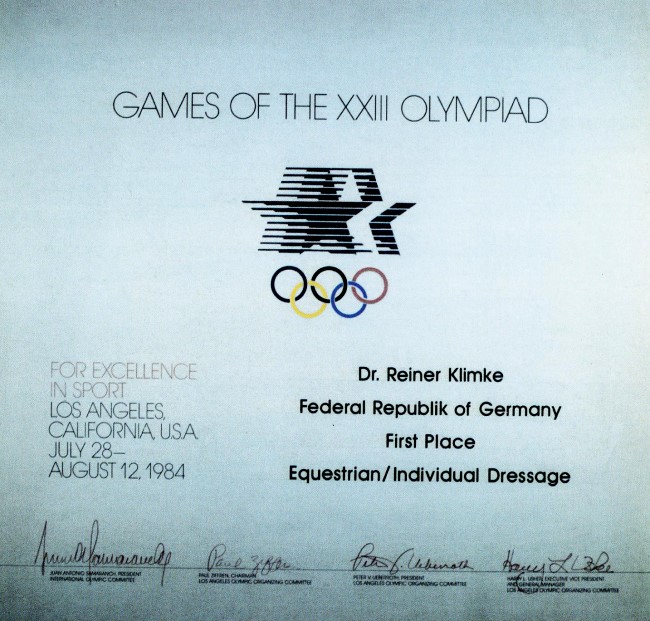 The awards staff devised a plan whereby the calligraphy staff obtained final results from the EMS terminals and then personalized the approximately 4,500 first through eighth place diplomas. The calligraphy supervisor was responsible for obtaining the results and distributing them among the staff. Each of the names was checked for correct spelling using a list provided by the Sports Department as a guide. Once the diplomas were completed, they were filed by country. At the end of the day, the diplomas were boxed, marked by country and taken to each village security package drop-off center for distribution to the NOC service center. Each NOC envoy was responsible for either distributing the diplomas or giving them to the chef de mission for distribution. The awards staff felt the key to this particular distribution plan was making the athletes aware of the procedure so they would know to contact their chefs if the chefs did not contact them. The Awards Department also offered an auto-pen service to each of the signees of the athletes' certificates.

While it is customary for IOC and OCOG presidents to personally sign all diplomas given to first through eighth place finishers, each gratefully accepted the auto-pen service. Matrixes were made for each of the four signees, IOC President Juan Antonio Samaranch, LAOOC Chairman Paul Ziffren, LAOOC President Peter V. Ueberroth and LAOOC Executive Vice President/General Manager Harry Usher. Two staff members worked approximately 80 hours on the autopen machines to apply the signatures.